Seal It Up Inc.

Seal It Up Inc. 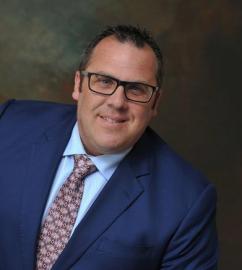 
Craig is the heart behind Seal It Up Inc. He was born in Siloam Springs, AR. His family moved to Hagerstown, MD when he was 10 years old where he would spend the next 15 or so years. At an early age he knew that he wanted to be an entrepreneur and venture out on his own in the business world. He became a FedEx Ground contractor for 10 years owning 4 trucks and routes with employees to run those.

In 2006, he married his wife, Sarah, and in 2008 they had their first child, Kaylee Grace. In early 2009, Craig and Sarah decided to sell the Fedex Ground contracts, and relocate to Jonesboro, AR.

After moving to Jonesboro, Craig worked with his uncle in his seal coat asphalt and paving business that he has owned for over 30 years, and he taught Craig the ins and outs of what makes this type of business successful. In 2013, their second child Ramsey David was born, and in 2014 Craig decided to start up his own seal coating business, Seal It Up Co., Inc. His motto for his life has been always strive for excellence – not only in his personal life, but in his business adventures as well. He loves people, and that makes him successful in all aspects of his life – because he puts them first - whether it be his family, his customers, or even his employees. He vows to continue to strive for excellence putting the people first.